At the end of 2017, Mervin September graduated after completing his four year Electrical Engineering National Diploma at South Cape College (SCC) in Mossel Bay. Against all odds, Mervin enrolled himself to study at SCC and ensured he obtained a partial bursary as his then marks did not qualify him for a full bursary. Mervin hails from Green Valley where he grew up in rather dire circumstances, however, this never stopped Mervin from pursuing a better life for himself which is busy becoming a reality.

Back home in Green Valley his parents look on and speak of him with pride; not only is he a hero in their eyes but also within the Green Valley community. His father does not have an income and when he does have a small job his salary has to cover outstanding debt. Mervin’s mother, though she is sick, manages to put food on the table in their little makeshift shack which leaks when it rains. To add to the stress, extended family members have recently moved in with them. Once graduated and working, Mervin plans to help his mother by assisting them financially. If dedication and hard work is anything to go by, Mervin has the recipe for success! 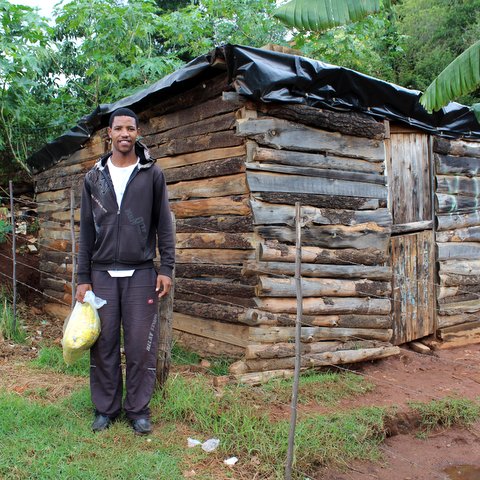